Changing the watch bands on the Apple Watch Series 6 is extremely easy and if it was not already clear, you can use third-party watch bands as well. This is because Apple uses the same locking mechanism as regular watches so you basically have access to unlimited watch bands to pick from.

Use Siri to Announce Messages

This can be handy in certain situations. With watchOS 7 and on Apple Watch Series 6, you can have Siri read out messages when 2nd generation AirPods and some beats headphones are connected to your iPhone. Simply open the Control Centre and use the Announce Messages toggle to use the function.

You no longer need to use your iPhone to quickly translate languages as you can do it using Siri on your Apple Watch as well. You can quickly trigger Siri and ask for language conversion. Opt for the Apple Watch’s microphone to dictate words and sentences and ask Siri to convert it to another language (from the set of supported languages). As of now, Siri on Apple Watch supports 10 languages including Spanish, English, Japanese, Arabic, Chinese, and Russian. 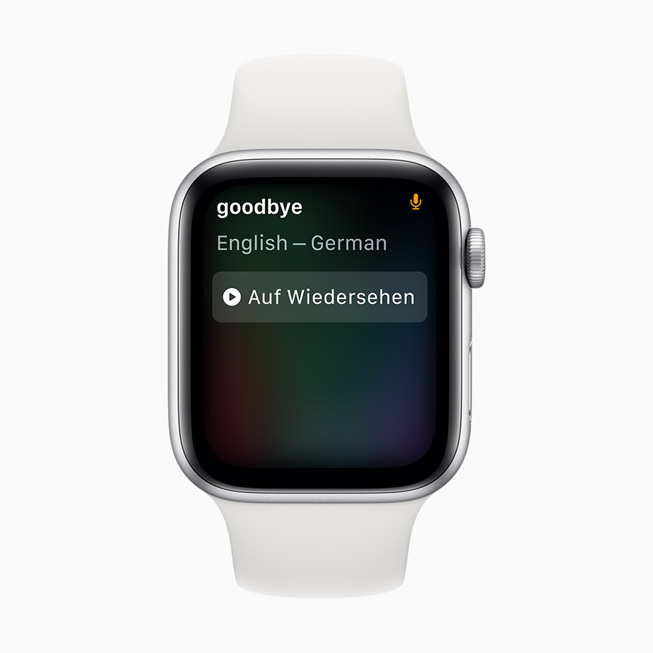 Given the current scenario, it is important that one washes their hands frequently. Your Apple Watch can help you in this regard as it can remind you periodically to wash your hands as well as when you come back home. The Handwash detection feature will require you to wash your hands for 20 seconds. If you stop washing your hands before that, your watch will give you a haptic feedback to encourage you to continue washing your hands. It is not easy to fool the feature as well since Apple uses the microphone to listen to the sound of running water along with another advanced algorithm to determine if you are washing your hands or not.

You can choose to hide or disable any Watch app even if you’ve enabled the option to sync all available Watch apps. Open the Watch app, find the app in question and then turn off the Show App on Apple Watch option.

Cover Your Apple Watch to Mute

When your Apple Watch is buzzing, making a sound, or if it has lit up at a bad time, just cover your it with your palm to mute the sound, haptic feedback, or to just turn off the screen.

There are times when you don’t want your Apple Watch to light up every time you move your hand or when you get a call or notification. Swipe up to access Control Center and tap on the Theater Mode icon to enable it. Granted a lot of us have not gone to a movie hall in a few months now but this is a useful mode to have even when you are in a super important meeting or video call. 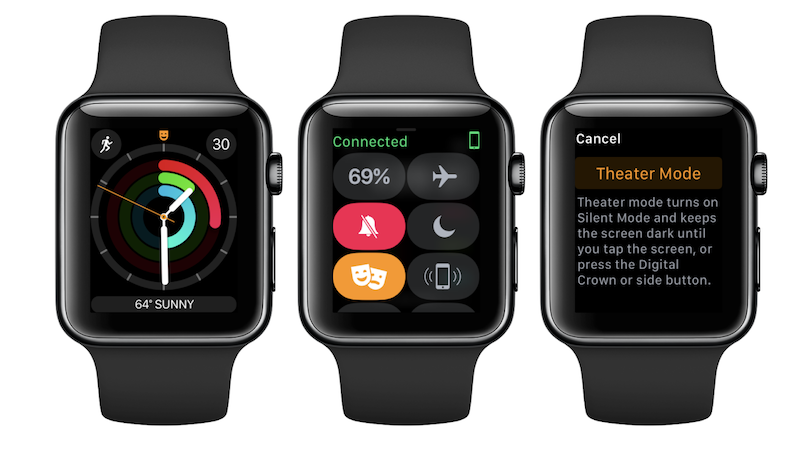 Use Apple Watch as Camera Remote

Open the Camera app on your Apple Watch and it will instantly fire up the Camera on your iPhone. You can then tap on the shutter button on Apple Watch to take a picture or use the timer.