I recommend visiting Disney’s Animal Kingdom and Disney’s Hollywood Studios in the same day. Start early in the day at Disney’s Animal Kingdom and make a bee-line to Avatar Flight of Passage. That is definitely the first ride you should do because it is the most popular (as in has the longest lines) ride in all the parks. Then head over to Kilimanjaro Safaris and do that attraction next. It also has really long lines, especially later in the day. After those 2 attractions, you can navigate the rest of what you want to go on pretty easily. After lunch, head over to Disney’s Hollywood Studios to finish the day. Star Tours typically has short lines, so you can do that ride whenever. I would recommend going on Slinky Dog Dash first. It’s the newest attraction at the park and is a lot of fun for all ages. The lines are typically a little shorter later in the evening, however. Tower of Terror and Rock ‘n’ Roller Coaster also have long lines. However, they are manageable and not soul-crushing like Avatar Flight of Passage. If you do Animal Kingdom and Hollywood Studios in the same day, be sure you start early. Starting earlier allows you to get on the more popular rides with much smaller lines. It will be a long day, but totally worth it in the end. Hollywood Studios has the lowest attendance of the 4 parks and should be done second. There is more space to move about and the lines are typically shorter than in the other parks. Also, you can end the day watching Star Wars: A Galactic Spectacular, which is amazing. 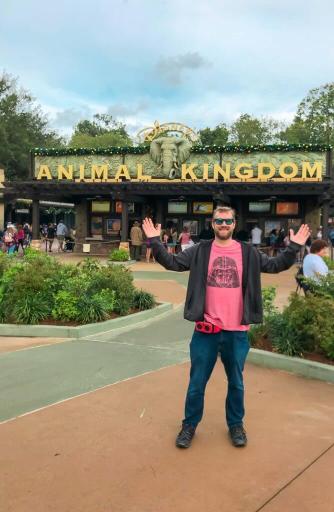 Stay on Top of Your FastPass Times

Pay attention to your FastPass times. You can only hold 3 FastPasses at a time and you must return during the timeframe they set for you. I did return outside the time range for one ride and was still allowed to enter, though. This will not always happen. I was very polite and explained the “situation” for my lateness. I basically told the cast member that the ride I was in line for broke down and I was near the front and was late because of the 20-minute delay it caused. In reality, I was getting some beers with friends and we totally forgot about the FastPass time. Being super polite and convincing with your sob-sob story for missing your FastPass time can help your cause. Once you’ve used your 3 FastPasses, immediately get on the My Disney Experience app and try to get FastPasses for additional rides. This is basically the hustle you’re going to have to do all day. It doesn’t always work, especially later in the day. However, check several rides to see if you can snag one, even for a ride you’ve already been on. A main goal of visiting Disney World is to go on as many attractions as you can. One of the best Disney World tips and tricks is to stay on top of your FastPass times. Grab more when they are available is vital to maxing out the number of rides you go on.

Getting out of a Disney World park at the end of the night is a shit show. There are thousands of people all being ushered out of the park and into a line to get back to the parking lots. There are a few options with this. You can dip out a little early to beat the rush or look through the shops (they stay open later) while everyone else waits in line. Or you can just go out with everyone else. Once you do exit the park, you either have to take the Monorail or ferry to the parking lot. Both lines are massive and slow moving. I found the faster move is to walk down and cut into the Monorail line that goes to the hotels. These Monorails also stop at some of the parking lots; however, their lines are much shorter. It’s a great way to bypass the madness at the end of the night.